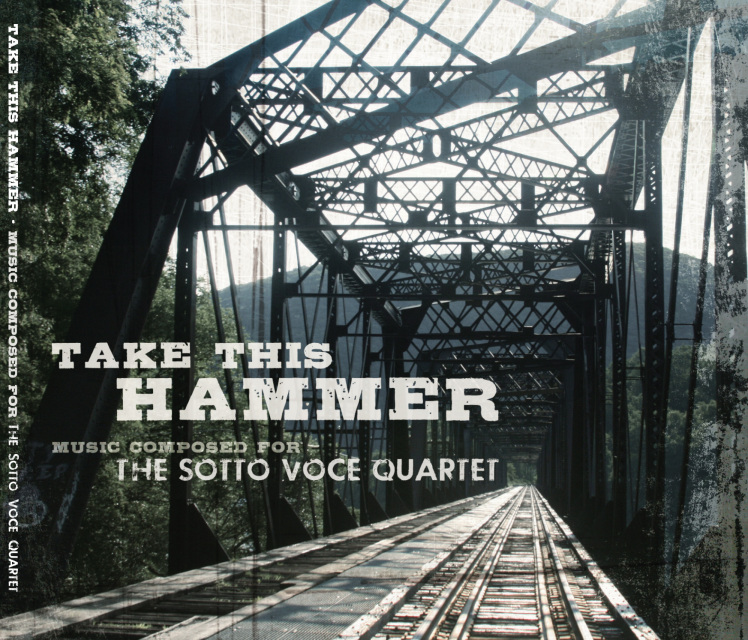 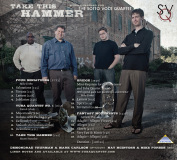 Take This Hammer: Music Composed for the Sotto Voce Quartet

Four Miniatures is my first multi-movement work for tuba/euphonium quartet.  The work was written for Roland Szentpáli and János Mazura and specifically for the quartet competition at the 2004 International Tuba/Euphonium Conference held in Budapest, Hungary.  The first movement, Salutations, was originally written as a concert opener for the U.S. Army Brass Quintet and is loosely based on Taps.  The remaining movements were then composed from material presented in this opening miniature.  The Toccata was admirably inspired by the magnificent brass quintet by Anthony Plog, Four Sketches.  This movement employs the use of mutes and multiple tonguing to showcase the players’ technical virtuosity.  The Lament is a meditative soundscape for the quartet and predominantly features the tubas.  The last movement, Jubilation, recapitulates all of the thematic material from the previous miniatures, while giving an exclamation point to the work as a whole.  Another version of Four Miniatures for brass quintet is also available from Editions BIM.

In the mid-1990s, as an undergraduate music composition major at the University of Wisconsin - Madison (and one of the original members of the Sotto Voce Quartet), I was very fortunate to be able to compose and arrange for the group.  In fact, my development as a musician, composer, and teacher was significantly influenced by my experiences with the quartet.  I am very grateful for all the great times I had playing alongside and traveling with Demondrae, Nat, and Mike.  I miss you guys!

Looking back, it seems a bit odd to me now that I decided to name my very first original composition for tuba/euphonium quartet Tuba Quartet No. 1.  But, I knew I would be writing much more for this deserving and somewhat underrepresented instrumentation.  For this first quartet, my aim was to compose a substantial, multi-movement work that explores the beauty and lyricism often associated with the tuba and euphonium, while still highlighting the nimbleness that is possible when these instruments are played well.  The opening movement begins with a pastoral-sounding fanfare and progresses through several seemingly disparate ideas that actually foreshadow the movements to follow.  In other words, the first movement presents the primary material the rest of the composition is based upon.  The second and fourth movements are slow and lyrical, filled with upper tertian harmonies in a pandiatonic setting.  They surround the middle (third) movement:  a scherzo featuring mixed meter with many delicate tradeoffs between the parts.  The final (fifth) movement is a relentless and driving frolic briefly interrupted by a lyrical reminder of the second and fourth movements.  Thank you, Sotto Voce Quartet, for this amazing recording of my first quartet!

When initially asked to write a piece for tuba-euphonium quartet, I knew that I wanted to focus on two concepts. First, I wanted to explore the vast, yet frequently overlooked, technical and musical capabilities of these instruments. Secondly, I wanted to address the working-class roles that these instruments often occupy in large ensembles and how this character trait could be brought to life in a chamber setting.  Work songs have been an important part of many cultures around the world. In most societies, these songs encouraged efficiency and quality of work. However, in the harsh conditions of American plantations, these songs took on a different kind of importance. The steady unison rhythms kept any one person from being singled out and severely punished for working slower than the rest. This practice continued on into the middle of the 20th Century in the slave labor conditions of southern U.S. prisons. This piece is musically inspired by two prison work songs recorded by John and Alan Lomax in the 1940’s titled Rosie and Take This Hammer.

Bridge is a large, three-movement “mini-requiem” for tuba/euphonium quartet and countertenor (optional).  It was commissioned to memorialize the life of Brigita Hazners by her sons, Dainis and Maris. While this composition is very much a depiction of Bridge’s spirited life and ultimate struggle with a tremendously difficult and painful illness, the work is also meant to depict a portrayal of life itself.  The first movement, Lament, depicts the ugly characteristics of the world we live in and how we struggle to survive times of war, disease, famine, ignorance, and selfishness.  Conversely, the second movement, Spirit, depicts the supreme joy and relentless jubilation that comes with life on Earth.  The third movement, Invitation, deals with the contemplation of an afterlife or at least the transition from this life to the next.  The Latvian text in the first movement and third movements of the work are given by Brigita and her husband, respectively.  The first movement’s text by Bridge herself was written on her will and testament and loosely translates to:  “Years pass, desires abate, the pain in one’s breast shall cease.”  The third movement text comes from a Latvian folksong and was included in Bridge’s obituary by her husband and can be translated to:  “When God invites, then one must follow.”

"Fantasy Movements is a work for tuba/euphonium quartet that seeks to exploit both the musical, emotional and technical potential of a tuba/euphonium quartet.  The writing ranges from slow and expressive to fast, rhythmic, and driving.  A particular challenge was to employ all four instruments in a way that allowed for solo playing within the ensemble context.  Fantasy Movements was commissioned by and written for the Sotto Voce Quartet."