Contact Mike
Greetings!  I'm glad you're here!  ﻿eBrassMusic.com﻿ was created as an outlet for the sale of my music (both written and recorded) and that of my friends and colleagues (Patrick Schulz, Nat McIntosh, Demondrae Thurman, Sergio Carolino, and other composers and musicians) .  If other artists, students, and friends truly want to support our musical energies, please purchase your music here and help DIRECTLY support the artists creating the materials.  We thank you for your purchases as the income generated goes directly into creating new works and recordings!!

Every product on this website I endorse whole-heartedly and am extremely excited and enthusiastic about bringing it to you at the very best price and with the least amount of hassle (hard-copy mailings and PDF Downloads when possible).

If you have any questions about any of the products here, please do not hesitate to contact me, and I will be more than willing to help you learn more about the product either through samples, pics, or recordings.  The website is still growing with new repertoire and sound clips being added regularly.  If there is a piece of music that you desire--whether it be a new arrangement or a commission for a new composition--please do not hesitate to contact me or any of my friends listed below directly.  Again, thanks for visiting eBrassMusic.com!! 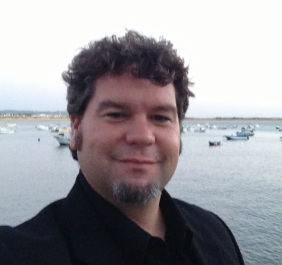 An artist of widely diverse musical talents, Mike Forbes has set forth on a career encompassing all aspects of composing, performing, teaching, and conducting.  He began his writing career creating hundreds of arrangements and compositions especially for brass, many of which are performed by today’s foremost brass ensembles.  His works for the Sotto Voce Quartet (a group he co-found and manages), have also gained him worldwide acclaim. Their latest CD, "Take This Hammer:  Works Composed for Sotto Voce" feature two of Forbes's original works for quartet:  "Bridge:  A Mini-Requiem for Countertenor and Tuba Quartet" and "Four Miniatures,” a work Forbes was commissioned to write for the International Tuba/Euphonium Conference Tuba Quartet Competition held in Budapest, Hungary in 2004.  The other recordings also feature Forbes’s many compositions and arrangements for the quartet genre, many of which can be found in the Editions BIM catalog.

He began to compose for other genres as dozens of commissions from well-known brass artists and band directors began to come in after a number of his early works were performed and published internationally.  He has also had success in composition competitions having won the Dallas Wind Symphony Fanfare Competition multiple times, awarded 3rd Prize at the Humboldt Chamber Brass Composition Competition, and was awarded the International Tuba/Euphonium Associations’s “Harvey Phillips Award for Composition” for his work for solo tuba and band, “Tapestries.”

Forbes is now in high demand as a writer especially for band.  He is a composer for Carl Fischer and FJH Music and a low brass specialist for Kendor Music and Editions BIM whose works regularly appear on the JW Pepper “Editors Choice” list.    He has recently received notable commissions from the University of Alabama Wind Ensemble and the National Band Association’s Wisconsin Chapter.  Always the consument pedagogue, Dr. Forbes regularly conducts honor bands and gives composition clinics to middle and high school students around the United States.  His most recent residency in 2013 was with the Mount Horeb (WI) School District where he worked with students in creating and developing motives; later intertwining them into larger works for band and string orchestra.

Forbes began his career as a tubist in the U.S. Army Band, “Pershing’s Own” where he was also very fortunate to compose and arrange for the various ensembles in that prestigious unit.  His efforts did not go unnoticed, and he was awarded an “Army Commendation” medal for his writing during his enlistment.  He left the band for a career in academia, and recently served as the chair of the composition and music theory area and low brass professor at the University of Wisconsin-Platteville.  He has also served in similar capacities on the faculties of the University of Nebraska – Kearney, Illinois State University, Mary Washington University, Columbia Union College, and Frederick Community College.  Currently, Dr. Forbes is the Tuba/Euphonium Professor at the University of Wisconsin-La Crosse.

He can be heard on his solo album, Forbes Plays Koetsier (Summit Records) where he features all seven works for solo tuba by Dutch composer, Jan Koetsier.  Today he is an active freelance tubist and in high demand performing throughout the United States, Canada, and Europe as a soloist, orchestral musician, and in popular styles with Mama Digdown’s Brassband and with the “Guy’s All-Star Shoeband” on the popular radio program, “A Prairie Home Companion.”  He has recorded for Summit Records, Nexos and Mark Records and can be heard on a number releases including those of Sotto Voce Quartet and Isthmus Brass as well as on his own solo recording, “Forbes Plays Koetsier.”  As a conductor, Forbes served as the musical director of the Brass Band of Central Illinois and has guest conducted numerous elements of the U.S. Army Band.

Forbes studied with some of the most well-known tuba pedagogues in the world to include critically acclaimed composer/tubist, John Stevens.  He received his DMA at the University of Maryland, MM at the University of Wisconsin and a BM at the Pennsylvania State University.  He has also engaged in additional music studies in the United Kingdom at the University of Manchester and the Royal Northern College of Music.  His time in England afforded him the opportunity to grow intimately familiar the British Brass Band Tradition—from which he draws a great deal of his compositional influence. 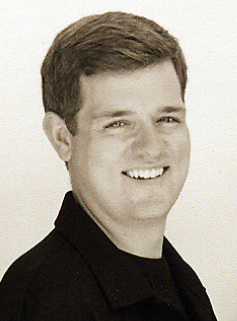 Recently, Schulz has been commissioned to write numerous works for a diverse range of performers and ensembles. His doctoral dissertation, The Refractions Series (2004-2005), was commissioned by the Helios Saxophone Quartet, the Contrapunctus Brass Trio, and the Midwest Regional Tuba/Euphonium Conference. Watercolors (2003), written for Marine Band saxophonist David Jenkins, was the winner of the 2004 Contemporary Music Society's Composition Competition. Concerto for Euphonium and Wind Ensemble (2000), written for fellow quartet member Demondrae Thurman, has been performed throughout the United States and is recorded on Demondrae's debut recording with Summit Records (Soliloquies – DCD 431) along with Constellation (1999) for solo trombone or euphonium. Other notable commissions include RoonSonata (2003) for euphonium and piano, SAROS (2001) for tuba solo and woodwind septet, and Miniatures for Tuba and Piano (2001), written for Richard Perry (Associate Professor of Tuba and Euphonium at the University of Southern Mississippi).

Prior to his appointment at El Camino, Patrick was a Teaching Assistant at Arizona State University and an adjunct faculty member at Paradise Valley Community College and Arizona State University West teaching courses in rock music and culture, music theory, and music appreciation. He received his M.M. in composition from the University of Nebraska - Lincoln under the guidance of Randall Snyder (composition) and Scott Anderson and Craig Fuller (euphonium). He also holds bachelor degrees in composition and euphonium performance from the University of Wisconsin - Madison where he graduated with honors in 1998. His undergraduate studies include composition with Joel Naumann, Stephen Dembski, and Les Thimmig and euphonium with Richard Perry, Kabin Thomas, Benedict Kirby, and John Stevens. 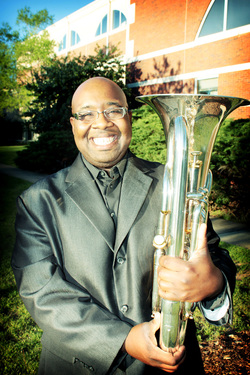 Demondrae Thurman is considered one of the stars of the formidable generation of brass soloists.      His euphonium playing has been described as “awe inspiring”, and he is touted as “an amazing musician”.  Demondrae has a firm international reputation as a euphonium soloist having performed in Europe, Asia and throughout North America.  Many of America's premiere colleges and universities have hosted him as a performer and teacher and he continues to be in high demand.  Over the last ten years, Demondrae has been an invited guest artist/clinician at many of the world’s prestigious euphonium festivals including the International Tuba/Euphonium Conference, U.S. Army Band Tuba and Euphonium Conference and the Leonard Falcone Competition.  His primary teachers are John Stevens, J. Michael Dunn, James Jenkins, and Daniel Drill.

Demondrae is also an active chamber musician.  He plays first euphonium and trombone in the highly regarded Sotto Voce Quartet which tours extensively.  The quartet has released three recordings on the Summit Records label; all of which have received stellar reviews.  Viva Voce!: The Complete Quartets of Johns Stevens won the International Tuba/Euphonium Association award for best chamber music recording in 2006.  The quartet has been featured several times on American Public Media’s, Performance Today.  He also plays first baritone horn in the Brass Band of Battle Creek, a British brass band comprised of many of the world’s best brass and percussion performers.  In addition to his chamber music work, Demondrae is in demand as a euphonium specialist for symphony orchestras including the Atlanta Symphony, Sarasota Orchestra, and North Carolina Symphony and the Philadelphia Orchestra.

In addition to the Sotto Voce Quartet recordings, Demondrae released his first solo recording on the Summit Records label in 2005 entitled, Soliloquies. It received a 9/9 out of 10/10 from classicstoday.com and he was referred to as “having earned (his) stripes as one of the premiere euphonium players in the world”.  Showing his dedication to new music, all of the music on the recording was written for him or with his playing in mind.  His second album, Songs of a Wayfarer, was released in 2011. Demondrae can also be heard on recordings with the Atlanta Symphony Orchestra, Brass Band of Battle Creek, and the New South Jazz Orchestra.

Demondrae Thurman is a Miraphone Performing Artist and plays exclusively the Miraphone 5050 Ambassador “Edition” euphonium which was designed specifically for him.  He also plays the custom “Demondrae” model mouthpiece manufactured by Warburton Music Products and is a Shires Trombone Performing Artist. 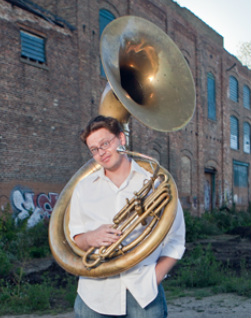 Nat McIntosh is perhaps best known as the former leader, musical director, and sousaphonist with the YoungBlood Brass Band, an eight-piece brass and drum ensemble which is based in the tradition of a New-Orleans-style brass band. Throughout his nine years as leader of the group, Mr. McIntosh garnered critical and public acclaim for his many compositions, blending intense brass music with hip-hop, afro-cuban, brazilian, and jazz-funk styles. Serving as the centerpiece of the ensemble was Nat’s innovative sousaphone playing, which served as the dynamic bass voice in the group as well as the “acoustic DJ.” His mastery of numerous extended techniques and the infusion of these with simulated DJ cuts and scratches, pseudo-electronic effects, and the imitation of instruments ranging from an electric guitar to a didgeridoo created an entirely new and inimitable approach to the instrument. He served as producer of YoungBlood’s five albums: Word on the Street, Unlearn, Center:Level:Roar, and Live.Places, a live release recorded during one of their numerous intercontinental tours. He was also recently featured on National Public Radio’s “All Things Considered,” where he performed one of his solo sousaphone features entitled “The Warrior Comes Out to Play.”

Nat is a former member of the prestigious Dallas Brass.  Nat studied tuba performance at the University of Wisconsin-Madison with John Stevens, where he first met and began to perform with the Sotto Voce Quartet. During this time he also worked extensively as a freelance tubist, euphoniumist, and trombonist in the Madison area.

Nat currently resides in Madison, Wisconsin. He also performs as a freelance multi-instrumentalist, playing gigs ranging from classical tuba to salsa trombone to Balkan sousaphone. Nat serves on the faculty of the Academy of Creative Education, a Los Angeles based summer school for gifted junior high and high school musicians.