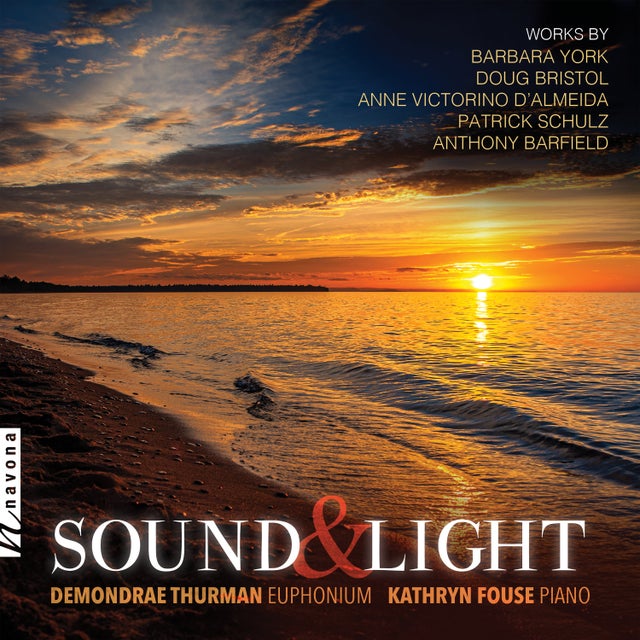 I've been devoted to fostering the creation of quality repertoire for the euphonium since the very beginning of my professional career. Soliloquies, my first solo album, was the culmination of four composers who were also great friends of mine deciding to write music for me. The great thing about having music written for me by people who know you well musically and personally, is that there's an extra emotional connection present that drives me to learn the piece at a high level technically and solve every single inherent musical mystery. This recording has a very similar feel as my first but somehow felt more intimate. Maybe that stems from the fact that I've recorded chamber music with piano, having children, the success of my students over my 22-year teaching career…. I'm not sure, but I'm in love with every note of this recording!

Barbara York was looking for inspiration to write a sonata for euphonium and piano. She found it in the birth of my son, Steffan. Doug Bristol and I have been friends since the beginning of my career. I'm his daughter's godfather. Anne d’Almeda has been listening to me play and talk about music in her country of Portugal for the last 5 years. We share a love of life and passion for non-western classical music. Patrick Schulz and I have been best of friends since our time as students at the University of Wisconsin. He's as familiar with my playing as anyone I know because he sat right next to me in the Sotto Voce Quartet for almost 10 years. Anthony Barfield is dear to me for so many reasons. We've been plotting to make music together since I met him in 2002. He and I come from very similar backgrounds and because of that, he has the ability to write in a way that captures the struggle and optimism of being born Black in the United States.

I'm grateful in many ways that the euphonium doesn't have a standard repertoire to potentially stand in the way of the creation of new and amazing music. That fact excites composers to write THAT piece that just might stick. I believe this album of full of pieces like that.