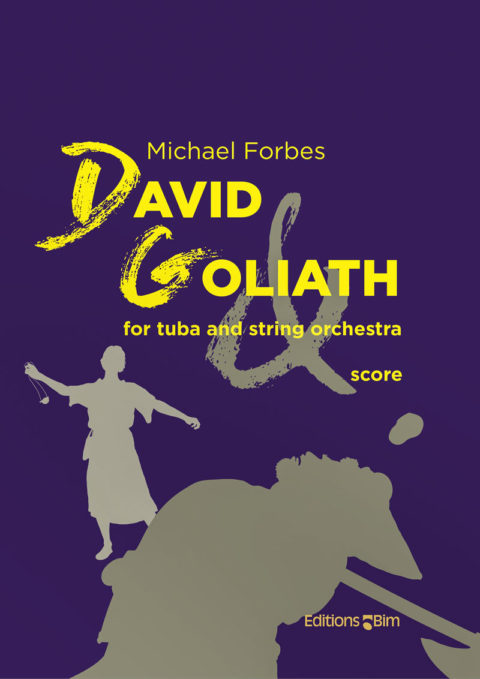 David & Goliath is a tour de force for the solo tubist and was written by Mike Forbes for Sérgio Carolino. The piece has been arranged for a number of accompanimental forces. This version is for string orchestra, though it would also work for a simple string quintet. It pits the solo tubist (David) against the menacing sound of the ensemble (Goliath) in a fight to the death. The piece can be heard with the composer as soloist on his album, "Forbes Plays Forbes."